So Why Do We Study Family History?

It’s a question asked by people who don’t quite understand it and have usually never tried it. The answers are usually sorted dependent upon who you’re asking. Some study their family history for medical reasons (a quick glance at our ancestors death certificates and you can see a pattern of certain medical issues), some research it for the love of history, and some just out of curiosity.

My love of family history began when I was a little girl spending countless weekends with my Grandpa. He would tell me stories starting from when he was a child and stories that had been told for generations.  They were now being passed on to me and I listened, intently! 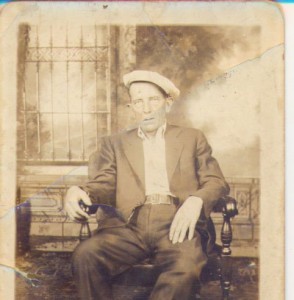 One example is when my Grandpa told me about his Grandpa, my Great Great Grandfather (John Henry Nickles), and that he left for the store to buy a loaf of bread, and didn’t come home until 20 years later. Upon his arrival his wife, my Great Great Grandmother (Josephine Luster Nickles) asked him, “Where have you been?” His response, in typical Nickles fashion (notoriously known for wise-cracks…even if not the best of timing lol), “You know, it was the darndest thing. They were out of bread!”

Four generations later and we still don’t know where he was for all of those years. Did he have any more children? What work did he do to support himself? What made him leave? We may never know. However, I do know where he ended up. After he left, Josie established a life for herself and bought some property. She was kind enough to offer part of that property for him to live on and she continued to live in St. Louis City where my Grandfather eventually ended up living with her. While living there, my Grandfather met my Grandmother and the rest, as they say, is history. 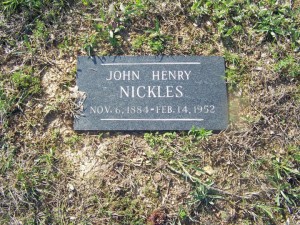 This is what sparked my curiosity. Where did John Henry go? That’s the question that plagued my mind for years. At 19 years old and with the help of my Grandpa, I began my research…21 years later, I’m still here, searching.

While I still haven’t found the answer, my research has led me to new discoveries. Not just of my ancestors, but of myself as well. To find some common interest or hobby between yourself and say, your Great Great Great Great Grandfather (or back even further) is like striking gold. You’ll often think, “So that’s why I like ___________”

Then there are those times where you end up talking to a distant cousin who is also researching the family tree and they have pictures of an ancestor. When you see the striking similarities in facial features that match the relatives that you know today is nothing short of fascinating. Weird science!

Speaking of Science, you can now have your DNA tested to confirm your ethnicity first-hand. No more guessing, no more “I’ve heard I’m Cherokee” to linger in the back of your mind for decades. Now you can find out just who you are…and if it matches your family tree, perfect. If not, it may lead you to new discoveries. Perhaps someone in your family tree was adopted. Now a whole new world is there just waiting for you to discover it, to discover…you.

So who do think you are?

This entry was posted in General and tagged do, family, genealogy, history, research, science, study, why. Bookmark the permalink.