Please note that I did not compile nor source the following Sutton family lineage. This was completed by another family historian. All of this information has been verified by myself so it’s accuracy is legitimate.

Notes for JOHN SUTTON:
In 1870 census living in Perry Co. Missouri, then 1880 in Madison Co. Missouri
Notes for SUSAN ELLEN:
After she married David A Wilson they went to Indiana where they both died.

A. Children of JOHN SUTTON and SUSAN ELLEN are:

A2. Children of JOHN SUTTON and MARGARET FRIZZELL are: 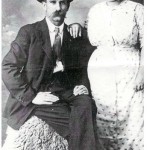 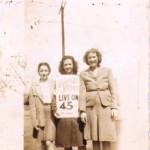 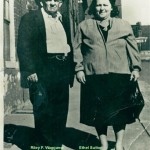 A2J. HOBERT J. SUTTON, b. 11 Apr 1905, Spencer, Owen Co, Indiana; d. 22 May 1929, St Louis City Hospital,  Missouri6.
Notes for HOBERT J. SUTTON:
He was a member of the Freewill Baptist Church at Fredericktown Missouri.
Funeral Home was Webb Funeral Home and bill was sent to John Sutton.
There was no formal obit in the Democrat-News paper in Fredericktown.
The only newspaper article was on Thursday,May 30, 1929 in the Democrat-News under local news from Mine La Motte.
Hobert Sutton, son of Mr. and Mrs. John Sutton of Fredericktown, was buried in the cemetery at this place Sunday.
Herbert Sutton death cert. #20045 in St Louis city says he died single and of a infection of the spinal cord and pneumonia.
Burial: 25 May 1929, Mine LaMotte Cemetery, Madison Co. Missouri6

A3. Children of ROBERT SUTTON and RUTH POLETE are:

A2B. Children of CARRIE SUTTON and OWEN PERRY are:

A2C.  IDA3 SUTTON (JOHN L2, JOHN1) was born Oct 1893 in Spencer Owen Co. Indiana.  She married JOHN ALLEN RENFRO 07 Feb 1910 in Fredericktown, Madison Co. Missouri44, son of JAMES RENFRO and SARAH ADAMS.  He was born 08 Oct 1886 in Mine LaMotte, Madison Co. Mo., and died 15 Sep 1958 in Orange Co. California45.
Notes for IDA SUTTON:
I do not think Ida and John Allen were married to each other for very long. I can not find them together in 1910 nor 1920 census. According to family she died in St Louis in 1960’s. And Herman’s daughter said she married a Steve Skaggs.
Notes for JOHN ALLEN RENFRO:
Rutha LaChance is listed as the Medical Attendent at his birth. She may also be his Great Aunt. He is also listed as the 6th child of James and Sarah.
More About JOHN RENFRO and IDA SUTTON:
Marriage: 07 Feb 1910, Fredericktown, Madison Co. Missouri46

A2D. Children of RACHEL SUTTON and JOHN BURNIA are: 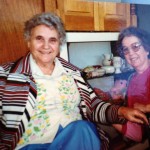 A2D8. PAULINE ONETHA BURNIA, b. 10 May 1928.
Notes for PAULINE BURNIA:
Pauline says she was married 6 times. Some were Lloyd Harris, Tom McMillian & Tom Eggink. In 2005 living in Clarkston Washington.

A2E. Child of MATTIE SUTTON and JOHN BURNIA is:

A2F. Children of ADA SUTTON and JOHN VANDERGRIFF are:

A2G. Children of ETHEL SUTTON and RILEY WAGGANER are:

A2G9. HELEN WAGGANER, b. Abt. 1930.
Notes for HELEN WAGGANER:
Left in 1952 and last heard from was in Chicago in 1962. Her two children were taken away from her and she said did not want to be found. Children have tried to locate her but have not been able to find her.

A2I. Children of CHARLES SUTTON and ROXIE SMART are:

A2K. Children of HERMAN SUTTON and MAE ANTHONY are:

A2K. Children of HERMAN SUTTON and FERN MIDKIFF are:

A2L.  OTTO DAVID3 SUTTON (JOHN L2, JOHN1) was born 15 May 1912 in Madison Co. Missouri, and died 02 Nov 1974 in St Louis City Hospital, St Louis Mo.129.  He married (1) ALICE GROVERO 25 Jul 1931 in Potosi, Washington Co Missouri130.    He married (2) NELLIE MAE FOSTER131 Abt. 1937, daughter of JOHN FOSTER and ELIZABETH PERKINS.  She was born 15 Jan 1909 in Monroe City, Knox Co. Indiana, and died 29 Mar 1992 in St Louis City Missouri131.
Notes for OTTO DAVID SUTTON:
Worked with brother Charles as a paperhanger.
Was a heavy drinker which caused a lot of problems for the family according to them. Marriage to Alice Grovero can not be verified by son or family. Only other Otto Sutton found was in Iron Co. Mo. but he was married to a Franceska Bergmann before 1920. Her obit in Jan. 1996 says husband Otto died in 1980. Otto’s sister Ethel lived next door to a Grovero family in 1930 and her husband Riley worked in the mines with David Grovero. His other sisters were close by so I feel that the Grovero family was known to Otto and his sisters. Did not find a Alice living next door but she may have been living someplace else.
Burial: 07 Nov 1974, St Trinity Cemetery, St Louis Mo. Lot 79 Grave 4 Section 11
Cause of Death: Acute bronchopneumonia
Occupation: Laborer
More About OTTO SUTTON and ALICE GROVERO:
Marriage: 25 Jul 1931, Potosi, Washington Co Missouri132
Notes for NELLIE MAE FOSTER:
She was married 4 times. 1st to a Charles Bud Landis 18 Jan 1930 in Potosi and had two sons Charles and John, 2nd to Otto Sutton, next to August J Streicher and finally to a Julius A. Strubel.
Her son Charles used the Landis name but John used the Sutton name.
At Sunset cemetery she is buried in Sec 7 Lot 474 grave 4 which is a 6 grave lot with her mother and 3rd husband. All graves are used.
More About NELLIE MAE FOSTER:
Burial: Sunset Memorial Cemetery, St Louis Missouri
More About OTTO SUTTON and NELLIE FOSTER:
Marriage: Abt. 1937

A2L. Children of OTTO SUTTON and NELLIE FOSTER are:

108.  Obit for Charles and Death Certificate.

111.  Obit for Charles and Death Certificate.