James Nickels, Sr. is not my direct line – he is my 6th great grand uncle and brother to my 6th Great Grandfather Jonathan Nichols/Nickles.

I want to mention that all information is provided and researched by Brian Keith Nichols,
Matthias Nickles, Sr (and Elizabeth Allen) Gx4 Grandson, and author of Journey Along the Holston: A History of the Nickels Family. I am posting it so that others researching this family line will have further information to better help them discover their roots. All links, from this page, will take you to another descendant’s (of James Nickels) website where you can learn more about the people listed below. To view the story of James Nickels, Sr., written by Brian himself, please visit his website at this location.

Please take note that I’ve been told that James NickELs is the one who changed the spelling of the Nichols, Nickles, etc. line to Nickels. Note that his brother, Jonathan, changed it to NickLEs. Between those two brothers, alone, this is why we find so many variations of the last name and lineage.

Please be sure to read Brian’s post about “The Last Hanging in Scott County, Virginia” as it will certainly intrigue you. You can find that post here.

On April 10, 1839 Jane filed for divorce in Scott County and the divorce was granted.
According to the court documents, she and James had been separated since October 11, 1837. The divorce was granted and Jane subsequently lived with her oldest child, William Henderson Nickels. She never remarried.

Prior to the divorce James and Jane had 9 children as follows:

4. Walter H. Nickels:
Born September 27, 1811 in Russell County, Virginia.
Died September 10, 1867 near Bristol, Virginia/Tennessee.
Walter was postmaster at Nickelsville, Virginia.
Walter was a partner in the mercantile business with his brother, William.

Note: William Washington “Barlow” Nickels, son of Walter H. and Jane (Kilgore) Nickels, was born January 28, 1838 in Nickelsville, Scott Co., VA. He died September 12, 1909 in Gate City, Scott Co., VA. He was a merchant by trade. He served with the 25th VA Infantry during the Civil War.

Note 2: Isaac Alderson Nickels, son of Walter H. and Jane (Kilgore) Nickels was born about 1836 in Nickelsville, Scott Co., VA. He died in 1893 in Bristol, Sullivan Co., TN. He served with the 37th VA Infantry during the Civil War. Isaac purchased the Exchange Hotel in Bristol, TN on February 12, 1864 for $20,000 in Confederate notes. He later renamed it the Nickels House.

5. Allen Nickels:
Born about 1812 in Russell County, Virginia.
Died June 11, 1879 on his homeplace near his father’s property in Scott County, Virgina.
Allen was a farmer and wagonmaster by trade.
Allen transported goods for his brothers’ stores in both Nickelsville and Pattonsville. 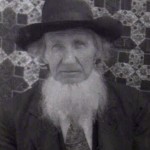 Note: Henry Kane Nickels, son of Allen and Lucinda (Salyer) Nickels, was born February 17, 1839 in Scott Co., VA. He died October 11, 1911 at his home in Long Hollow near Nickelsville in Scott Co., VA. Kane made shoes for a living. He enlisted as a Confederate soldier in Co. A of the 22nd VA Cavalry on August 4, 1863 in Scott Co., VA. His post-war pension application indicates that he served until the end of the war.

It should be noted that Henry Kane Nickels was often erroneously listed as “H.R. Nickels” as the “K” was mistaken for an “R” due to the handwriting style.

Kane purchased 22 1/2 acres of land from his former commander, H.F. Kendrick, on November 15, 1888. This land was located in Long Hollow. 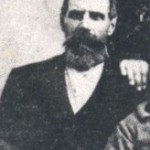 9. Mathias Nickels:
Born December 1, 1820 in Scott County, Virginia.
Died June 17, 1902 near Coeburn in Wise County, Virginia.
He worked for his brother, William, at both the Nickelsville and Pattonsville stores.

Mathias and Louisa had two children: William W. Nickels and James E. Nickels
Note: He served with the 88th Battalion VA Militia during the Civil War.

James and Serena had 9 children as follows: