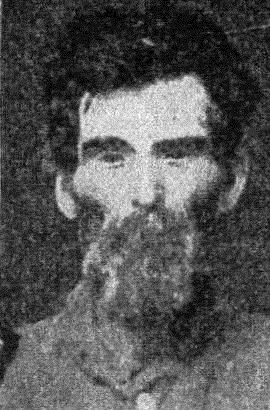 Children of Margaret May Frizzell and John L Sutton (my 3rd Great Grandparents):

Children of Alma May Burnia and Bufford Lee Nickles, Jr (my Great Grandparents):

Due to the fact that my Grandfather is still living I cannot post his name to further list the connection. From here I will respectively say that he is one of the 3 sons that Alma & Bufford, Sr. had. He is my maternal Grandfather (that meaning he is my Mother’s Father) and then there is me.

Note: To learn more about the Frizzell family lineage please see the page that I am working on as I further trace our family tree. Below you will find more information about Henry F. Frizzell posted. I hope that it assists you on discovering your roots. 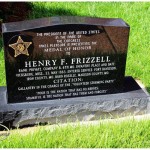 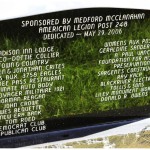 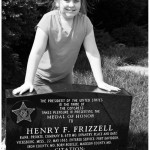 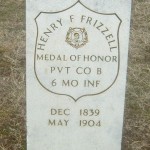 The Vicksburg campaign was waged from March 29 to July 4, 1863. It included battles in west-central Mississippi at Port Gibson, Raymond, Jackson, Champion Hill, Big Black River and numerous smaller battle fields. On the morning of May 22, General Grant launched what he hoped would be a crushing assault against Vicksburg. In the fighting that followed, the Union Infantry was repulsed and thrown back along a three-mile front. The Union Army suffered more than 3,000 casualties, and 97 Union soldiers earned Medals of Honor (the second largest single-day total in history.) Private Henry Frizzell was one of eighty soldiers cited simply for “Gallantry in the charge of the ‘volunteer storming party,’ seemingly innocuous wording that actually denotes the fact that Private Frizzell was at the head of his attacking force where the enemy fire was hottest and the danger the greatest. Following the failed assault on May 22, a forty-seven day siege was laid against the city, which finally surrendered to Union forces on July 4.

6. HENRY F3 FRIZZELL (JASON2 , THOMAS1 ) was born Dec 1837 in Area of Silver Mines on Big St Francois River,Madison County Missouri, and died 25 May 1904 in Temporary City Hospital, St Louis, Missouri. He married (1) REBECCA SINCLAIR 1869 in Madison Co. Missouri30, daughter of WILLIAM ST. CLAIR and WILEY JOHNSON. She was born 17 Jan 1849 in Madison County Missouri31, and died Abt. 1889 in Madison County Missouri. He married (2) SARAH ELLEN CARMACK 11 Oct 1893 in Madison Co. Missouri32. She was born 05 Jun 1850 in Madison County Missouri, and died 16 Feb 1924 in Fredericktown, Madison Co. Missouri33. Notes for HENRY F FRIZZELL: Henry was buried in St Louis City’s Potter’s Field in 1904. It was located at Sublette & Fyler which is now the site of the Hampton Gardens Apartments. In 1957 Potter’s Field was moved to Mount Lebanon Cemetery at 11101 St Charles Rock Road. There were no records or markers with the remains received from the City. They were buried at about Cypress and Hunter Drive. In 1995 when the cemetery sold this land, all remains were moved to a a mass grave in Section F graves 450 & 452 in same cemetery. The area sold is now the parking lot for Hunter Engineering. On May 26 1991 a marker was placed in Section N by the Medal of Honor Historical Society to honor Henry as a Congressional Medal of Honor recipient. Sonny Wells of the Medal of Honor Historical Society did the research on Henry and gave the information to the Veterans Adminstration which provided the head stone etched in gold. Sonny also arranged the ceremony and Geraldine Sanders Smith gave a speech about Henry. Being that the exact location of his remains were unknown, the Marker was placed in the front of the Cemetery. Henry was shot in the Battle of Vicksburg Mississippi on the outside of his right eye breaking bone, causing vision problems and removing part of right ear. Battle was on May 22, 1863.He was wounded again in the Battle of Resaca Georgia during May 14, 1864. His wound was a gunshot 2 inches above his left knee. Letter to: Henry F. Frizzell, Fredericktown, Mo. dated July 30, 1894I have the honor to inform you that by the direction of the President, and without solicitation from any source – the award being based solely upon the official records – let a Medal of Honor be presented to Private Henry F. Frizzell, Co. B 6th Missouri Infantry, for most distinguished gallantry in action at Vicksburg, Miss., May 22, 1863. Thi s soldier was a member of a volunteer storming party which made a most gallant assault upon the enemy’s works. signed Joseph B. Doe, Asst. Secretary of War Pvt. Henry Frizzell is the only person from Madison Co. Mo. to be awarded this esteemed medal, sometimes now called Congressional Medal of Honor. There have been only 3,461 medals awarded from 1862 to 2006, of which 77 were given to people from Missouri.He received the medal through the mail and signed for it at the post office, in Fredericktown, on 2 Aug. 1894. When the Cyclone of 1896 destroyed the city hospital on Lafayette Avenue the patients were transferred to Emergency Hospital 1. This was the Convent of the House of Good Shepherd located on the block bounded by 17th, 18th, Pine and Chestnut Streets. By 1901 the hospital became so overcrowded the city purchased the Pius Hospital at 14th and O’Fallon to be Emergency Hospital 2. Number 2 hospital was used for patients with Communicable Diseases. Both was used until August 10, 1905 when the new hospital on Lafayette Avenue was completed. Because Henry died of Consumption, also called TB, I do not know which hospital he may have died in. On May 29, 2006 the American Legion Post 248 dedicated a monument, on the south lawn of the Fredericktown Courthouse, in honor of Henry Frizzell. They raised the money for the monument from people and businesses around Fredericktown. Speeches were given by Kent Kooi, from the Medal of Honor Historical Society, and Charles Dalton on behalf of Henry’s descendants. 10 descendants representing 4 generations were present. Mayor Karen Yates welcomed evereyone and Donnie Owens who started the idea was master of ceremony. Geraldine Sanders Smith, who spoke at 1991 ceremony was present but did not speak. More About HENRY F FRIZZELL: Burial: 1957, Mount Lebanon Cemetery, St Louis MissouriBurial permit Issued: 29 May 1904, City of St Louis Mo.34 More About HENRY FRIZZELL and REBECCA SINCLAIR: Marriage: 1869, Madison Co. Missouri35 Notes for SARAH ELLEN CARMACK: After her 2nd husband died in 1890 she started writing for his pension. She never received his pension because she never proved that she divorced her 1st Husband.The War Department sent several letters explaining that the needed proof that she divorced her 1st husband before she married William Bradshaw. They said she was not the legal wife of Bradshaw. After Henry, her 3rd husband, died she started writing for his pension which she never got because she married him after the Act of 1890 was passed. Several times they sent hers letters that she was not entitled to his pension and why. She first started writing letters herself then got 3 lawyers and finally one person from Fredericktown to also write and try to get either pension. I think she went to each person and after they got the answer that she was not entitled and told her so, she went and found someone else. Her last attempt was in 1918 and I guess it finally sunk in or she could not find anybody else to try. In 1881 in Madison Co. Mo. there is a divorce of a Nathaniel Martin and Sarah Martin. Sarah’s 1st husband was Nathaniel Martin who she stayed with only 3 days after marriage in June 1880.

1860: Henry F. Frizzell lived in Polk, Missouri, at age 21. His father Jason passed away in Madison County, Missouri, at the age of 45. Henry lived in Missouri during 1860, around the time when pro-slavery and anti-slavery forces clashed along the Kansas-Missouri border. In November, President Lincoln was elected.

July 19, 1861: The 6th Missouri Infantry was ordered to Pilot Knob, Missouri and on duty there until September.

August 6, 1861: Henry traveled to Camp Blood in Pilot Knob, Missouri and enlisted for 3 years in the 6th Missouri Infantry, Company B at the age of 21.

September/October 1861 Muster Roll: Two months into his service with the Missouri Infantry he contracted the Measles, Bronchitis and sore eyes and was sent to a hospital in Tipton, Missouri.
– In October and November Fremont’s campaign against Springfield, Missouri took place.

May 22, 1863: Battle of Vicksburg in Mississippi (under Ulysses S Grant with the Army of the Tennessee). While there Henry joined a fighting group of only unmarried volunteers. This group, called Forlorn Hope, was so named because they were not expected to return. This unit was to storm “Fort Hill” as Henry described it. This “fort” was actually a patchwork of several well-protected forts and entrenchment’s, which housed a Confederate garrison of more than 20,000 men.

On May 22, 1863, the brave men of Forlorn Hope attacked Fort Hill. At the end of the battle 85% of this volunteer storming party were either killed or badly wounded. Henry was one of the wounded that day, suffering a gunshot to the head, breaking the bone by his right eye and losing a portion of his right ear. For his actions on that date he would later be received the Medal of Honor. To this day, he is the only Medal of Honor recipient from Madison County and one of only 77 from Missouri.

July 31, 1863: present at Benton Barracks in Missouri.
(Note: Benton Barracks was located at the site of present day Fairground Park at the corner of Grand Blvd and Natural Bridge Blvd.)

January/February 1864: Discharged in order to reenlist
– Garrison duty in Alabama until May 1864; present on Muster Roll

February 7, 1864: Mustered in after reenlistment in Larkinsville, Alabama

May 31, 1864: at Jefferson Hospital in Jefferson, Indiana

January 11, 1865: Missouri Ordinance of Emancipation goes into effect. Slavery is dead in Missouri.

March/April 1865: Marked as deserted on Muster Roll. March 1, 1865
– Fought at Lynch Creek, North Carolina, where the Confederates captured him again.

August 17, 1865: 6th Mo Infantry mustered out.  After escaping, Henry heard the war was over and, in his own words, “he started working his way back to Madison County as best he could.”

September 1865: Henry made it back to Madison County, eventually getting married to Rebecca Sinclair and having children.

1876: Shows up on 1876 census record for Township 33, Madison County, Missouri with wife Rebecca (Sinclair) Frizzell and his son William was born this same year.

“I have the honor to inform you that… By direction of the President, and without solicitation from any source – the award being based solely upon the official records – let a Medal of Honor be presented to Private Henry F. Frizzell, Co. B, 6th Missouri Infantry, for most distinguished gallantry in action at Vicksburg, Miss., May 22, 1863.

“The soldier was a member of a volunteer storming party which made a most gallant assault upon the enemy’s works. Signed: Joseph B. Doe, Asst. Secretary of War.”

August 2, 1894: Henry received the Medal of Honor through the mail and signed for it at the Fredericktown post office.

May 25, 1904: at the age of 67. He is buried in Mount Lebanon Cemetery Saint Ann, Missouri. Frizzell’s marker is located near the front entrance of the cemetery. He was originally buried at Potter’s Field in St. Louis City at the corner of Sublette & Fyler. Remains were removed to Mount Lebanon Cemetery in 1957 with no identification. In 1995 his remains were moved again.

May 26, 1991: a marker was placed at Mount Lebanon Cemetery in Section N by the Medal of Honor Historical Society to honor Henry as a Congressional Medal of Honor recipient.

April 9, 2010:  the Missouri Department of Transportation held a Bridge Dedication Ceremony to rename a bridge on Route 72 over the St. Francois River in Madison County in honor of Frizzell, who lived nearby in the Roselle Community.